More research is beginning to show BMI isn’t as accurate at determining health as we once thought. String may work better.

For over a century, doctors have been improving on the body mass index (BMI), their go-to method for determining whether a person has an unhealthy amount of body fat. Still, few changes have been made over the last few decades, even as medical knowledge improves. Scientists are beginning to realize body mass index may not be the best indicator of a person’s fat level or the best predictor of their risk for health problems like heart disease. Instead of using BMI, a group of researchers from the UK say string will do just fine.

You read that right. String. And it’s not as far-fetched as it sounds, either. BMI is a calculation of a person’s weight status based on their weight and height, which then categorizes a person as either underweight, normal weight, overweight, or obese. However, such a basic measurement fails to account for where in the body the fat is located, and that’s important when we consider that there are two kinds of fat: brown, the good fat that insulates us, and white, which stores energy and contributes to obesity. With BMI, all of this fat is considered equal.

In their new study, researchers from Oxford Brookes University suggested a new method that’s been gaining acceptance of late: waist-to-height ratio (WHtR). They found that measuring a person’s height with string, then folding the string in half and seeing if it’ll fit around a person’s waist comfortably could be a better indicator of whether a person is overweight, Yahoo Health reported. This is because white fat tends to preside mostly in the abdomen, whereas brown fat hangs out elsewhere in the body. Having too much white fat around the abdomen has been linked to heart disease, diabetes, and other metabolic disorders.

For the study, researchers looked at data from the Health Survey for England
2009, which looked at the health of nearly 3,000 people. They found that

“12 percent of the total population would be missed by BMI screening, and over a third of those classified as ‘normal’ by BMI would have a WHtR exceeding 0.5” — anything over that and the patient is at a heightened risk of cardiovascular disease, a press release said. “These could be called non- overweight ‘apples,’ who have a lot of fat around the waist but not a high BMI.”

Arguing in favor of the string method, lead researcher Margaret Ashwell told Yahoo Health: “The science about the limitations of BMI and the superiority of waist-to-height ratio has been growing in leaps and bounds recently.” One study from 2013, for example, found that larger waistlines correlated with lower life expectancies. With BMI being the “convention,” however, researchers said it will take time and more research before doctors begin adopting a new method.

In the press release, the researchers said, “We would like to show that WHtR is not only superior to BMI in first stage screening for the health risks of obesity, but it is also more efficient in practice and can be done by personnel with minimal training and resources.”

Source: Ashwell M, Gibson S. A proposal for a primary screening tool:
‘Keep your waist circumference to less than half your height.’ BMC Medicine. 2015. 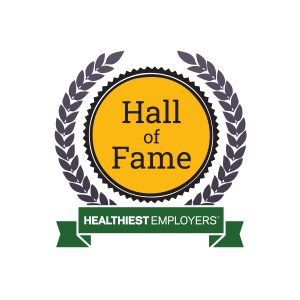