What Your Cholesterol Levels Mean

How’s your cholesterol? Time to get it checked!

Keeping your cholesterol levels healthy is a great way to keep your heart healthy – and lower your chances of getting heart disease or having a stroke.    But first, you have to know your cholesterol numbers. The American Heart Association recommends all adults age 20 or older have their cholesterol, and other traditional risk factors, checked every four to six years.

Your test report will show your cholesterol levels in milligrams per deciliter of blood (mg/dL). Your total cholesterol and HDL (good) cholesterol are among numerous factors your doctor can use to predict your lifetime or 10-year risk for a heart attack or stroke.

To determine how your cholesterol levels affect your risk of heart disease, your doctor will also take into account other risk factors such as age, family history, smoking and high blood pressure.

A complete fasting lipoprotein profile will show the following for:

AHA Recommendation We recommend that all adults age 20 or older have their cholesterol and other traditional risk factors checked every four to six years, and work with their healthcare providers to determine their risk for cardiovascular disease and stroke.

Even if you think you know everything there is to know about cholesterol, there may be a few more surprises in store. Check out these common myths about high cholesterol; find out whos most likely to have it, what types of food can cause it, and why—sometimes— cholesterol isn’t a bad word.

Myth 1: Americans have the highest cholesterol in the world
One of the world’s enduring stereotypes is the fat American with cholesterol-­‐clogged
arteries who is a Big Mac or two away from a heart attack. As a nation, we could certainly use some slimming down, but when it comes to cholesterol levels we are solidly middle-­‐of-­‐ the-­‐road.

According to 2005 World Health Organization statistics, American men rank 83rd in the world in average total cholesterol, and American women rank 81st; in both cases, the average number is 197 mg/dL, just below the Borderline-­‐High Risk category. That is very respectable compared to the top-­‐ranked countries: In Colombia the average cholesterol among men is a dangerous 244, while the women in Israel, Libya, Norway, and Uruguay are locked in a four-­‐way tie at 232.

While you don’t want to overdo it, eating an egg or two a few times a week isn’t dangerous.
In fact, eggs are an excellent source of protein and contain unsaturated fat, a so-­‐called good
fat.

Myth 3: Kids can’t have high cholesterol
Most people think high cholesterol is a problem that’s strictly for the middle-­‐aged. But guess what? Research has shown that atherosclerosis—the narrowing of the arteries that leads to heart attacks—can start as early as age eight. In July 2008, the American Academy of Pediatrics released guidelines on kids and cholesterol that recommended that children who are overweight, have hypertension, or have a family history of heart disease have their cholesterol tested as young as two years of age.

Children with high cholesterol should be on a diet that restricts saturated fat to 7% of
calories and no more than 200 mg per day of dietary cholesterol, according to the
guidelines. Fiber supplements and more exercise are also recommended.

While the guidelines prompted a bit of an outcry from parents worried that doctors would be pushing cholesterol-­‐lowering drugs for kids, a new study suggests that less than 1% of adolescents aged 12 to 17 would be considered candidates for medication.

Myth 4: Food is heart-­healthy if it says “0 mg cholesterol”
The Cholesterol portion of the nutritional label refers to dietary cholesterol, which is only one of the things found in food that can cause your cholesterol to go sky-­‐high. (A bigger contributor to elevated cholesterol? A high-­‐fat diet.) It’s also believed to be the least important. Saturated fat (found in animal foods and dairy products) and trans fats (found in packaged foods) appear to have a far greater impact on low-­‐density lipoprotein (LDL), the so-­‐called bad cholesterol that causes atherosclerosis, than dietary cholesterol.

Myth 5: Cholesterol is always a bad thing
When most people hear “cholesterol” they think “bad.” Like most things in life, the reality is more complex. High cholesterol can be dangerous, but cholesterol itself is essential to various bodily processes, from insulating nerve cells in the brain to providing structure for cell membranes. That’s why your body makes the white, waxy substance (about 75% of the cholesterol in your blood is made by the liver and cells elsewhere in your body).

The role of cholesterol in heart disease is often misunderstood. Cholesterol is carried through the bloodstream by low-­‐density and high-­‐density lipoproteins (LDL and HDL). LDL, known as bad cholesterol, and not the cholesterol it carries per se, is responsible for atherosclerosis. 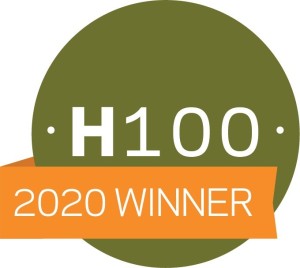